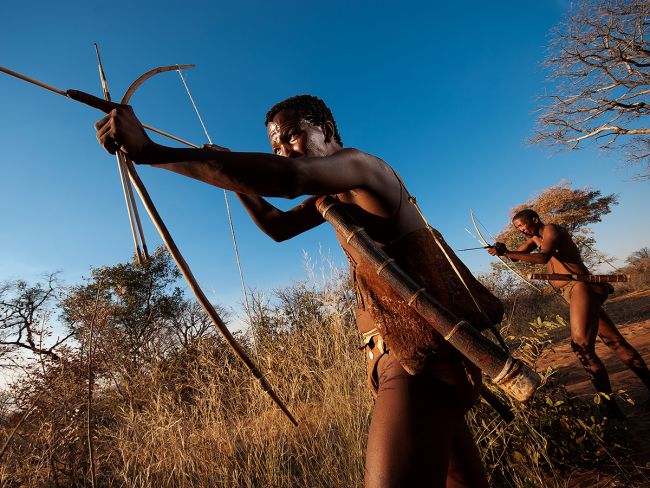 We are socially products of our time, but biologically we are amalgams of life which are billions of years old.

Look back beyond the past 200 years. This modern time has been a mere blip on the time of our species. We have walked the earth as Homo Sapiens for at least 150,000 years, and over that vast expanse of time, there is a natural flow to how we have evolved to be active and inactive.

Imagine a cave man 50,000 years ago. Does it seem logical that he would have woken up in the morning, cooked a big breakfast, ate it, then commenced to hunt until lunchtime, where he stopped cooked and ate lunch. After lunch, continuing to hunt until dinner, then taking his catch back to his cave to cook and eat dinner – does this seem like a realistic day for our cave-man relative?

Absolutely not, and it is not how we have evolved to live.

Many times, he would have woken up very hungry too.

Does it seem logical to you that, in the grip of this hunger, that his mind would have paralysed him with depression and anxiety? No, that is not the way it works. It’s obviously not how it works, because we would have become extinct when food was in short supply (and it was in very short supply for much of our existence on the planet).

The mind and body has a very interesting survival mechanism in the absence of food – it fundamentally wants to live and it gives itself every chance of surviving, so it jettisons everything that might stop you from surviving (like depression and anxiety) and fills you with “fighting” attributes to compel you to hunt and kill to survive.

In the modern world, this is translated equivalently into a significantly increased work ethic, focus and positive attitude to production and creativity.

The modern mealtimes of breakfast, morning tea, lunch, afternoon tea, dinner and supper are social conventions, not evolutionary realities. Our species is evolved to eat within windows of time which are not lengthy – around 6 hours maximum – and commencing the first meal towards the latter part of the day. Our digestive systems have evolved to be empty for a considerable part of the 24-hour day, and our hormones are completely linked to this.

Constant consumption of food every couple of hours into our bodies over a 16-hour window every day is absolutely NOT how humans have evolved to eat. We have evolved over tens of thousands of years to have an empty stomach for at least 16 hours a day, and to digest no more than 2 decent sized meals per day within a 6-hour period of time.

You can implement this simply by having lunch at 1pm and dinner at 6pm, and finish your eating by 7pm every evening. The eating window can be moved around to suit your life and timetable, and the window can be shortened to 3 hours or lengthened to 8 hours per day depending on what suits your personal preference. However, you should try to consume all of your daily food in at most an 8-hour window every day.

Do this one thing, and you will massively decrease the negative effects that modern food has on your long-term health.