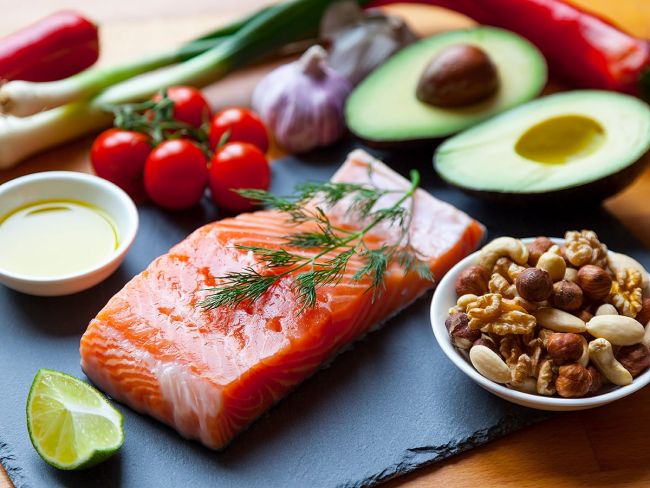 Point three of the Nysteia formula is labelled Mediterranean type cuisine – this is a concept that we have developed within Nysteia and is really quite specific. We have deliberately avoided the use of the term “Mediterranean diet” for a number of reasons.

Firstly, the term diet is used loosely and interchangeably to mean a set collection of foods, but in the context of obesity it also implies some form of restriction of food.

Secondly many people equate the “Mediterranean diet” with food that is eaten specifically by the Italians and associate this particular set of foods with ones containing quite a significant amount of carbohydrate in the form of pasta and bread.

In fact, anyone who has travelled to Italy will know that whilst Italian cuisine does contain a certain amount of the latter, they are in relatively small proportion to other foods such as fresh meat, fish and vegetables. Perversely the Italian fair that is encountered in most restaurants outside Italy consists of a high proportion of the aforementioned pasta and bread.

The other important thing to bear in mind is that there are 28 countries that have a Mediterranean coastline i.e. a connection with the Mediterranean Sea, and they all have peculiarities within their own cuisines. The underlying themes however that connect all of these countries is the abundant usage of fresh ingredients and this is something that we believe is absolutely vital with regards to the food that we eat.

The other main reason for entitling it Mediterranean type cuisine is that it does not exclude other types of cuisine that are in our view just as healthy, such as Japanese cuisine and the other predominant varieties in south east Asia.

Probably one of the most important aspects however of our definition of Mediterranean type cuisine is the exclusion of sugar, anything with added sugar, processed food (which almost certainly contains some added sugar) and refined carbohydrate. Also, anything labelled as “low fat” – the fat has been removed and sugar added to enhance its taste. An intake of any of these is destined to raise your insulin and if this is done with sufficient magnitude and at regular intervals, it is inevitable that you will develop significant insulin resistance which of course will promote obesity.